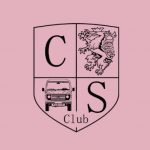 Home
About us
Gallery
Cars for sale
Buyers guide
CONTACT US

Do you love classic cars, and do you go with the dream of investing in your own classic car? If you are a little in doubt and stand with the questions; Best classic car investment? Is a classic car a good investment? Best old Mercedes to buy? Best collector cars to buy now?, then here are 5 good reasons to make a classic car purchase.

Interest in vintage cars is increasing more and more every year, and as a result, so is interest in vintage car purchases. Many choose to invest in Mercedes-Benz’s as they often increase in value. Of course, the market gives no guarantee for this, but in recent years it has proven to hold true. It depends a lot on which model you buy – but in general there are a number of opportunities for a good investment. 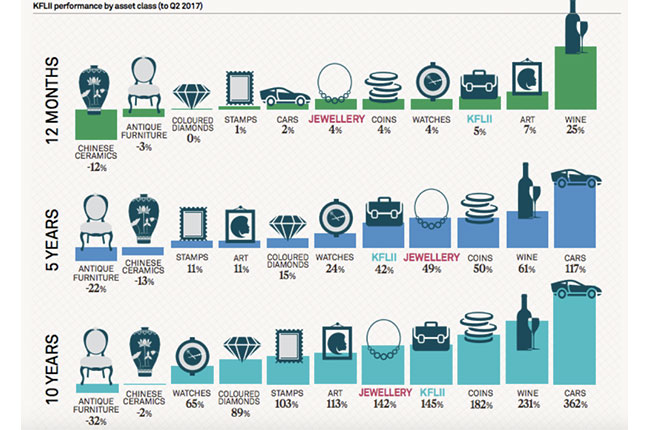 A major advantage of a classic car is that it is inexpensive to operate when it comes to the fixed costs. Among other things, there is money to be saved on insurance, which is not nearly as expensive as on newer cars. In connection with the insurance of your classic car, however, you must be aware that if you choose a vintage car insurance, some requirements are set by the insurance company.

The insurance of the vintage car is thus much lower, and in addition, vintage cars do not have to be inspected every 2 years. You can just inspect your classic every 8 years, and if you maintain the car, the sight will not be an expensive pleasure. A third item that is significantly lower is the road tax, where the rates for classic cars are generally much lower.

3. Get a nice brand at a cheaper price

If you are a little skeptical about investing in a classic because of the prices, there is an opportunity to buy an iconic car for a small amount of money. You can advantageously be at the forefront and invest in a youngtimer, which is a car aged 25-30 years. The car can be characterized as a veteran, when it turns 35 years old. That way, you get a unique car for less money, which after a few years is a veteran, and therefore has the opportunity to increase in value. For example the Mercedes-Benz E-Class W124 or the Baby-Benz 190E/190D W201.

4. You can make your own collection

Are you passionate enough to have your own collection of classic cars, this is not a bad investment. The vintage car collection differs from other collections because it is not just another collection that collects dust. Most classics are ready to go, and the cars can therefore continue to create fond memories for you on sunny days.

5. The car is often completely unique

If you want to make sure you make a good investment, choose your classic according to interest and fascination, rather than what is popular in the market at the moment. If you choose a classic car that you really admire and love, then you are almost guaranteed a good investment. If you even make money on it, it’s a win-win situation for you.

Here you can how to buy & sell classic cars:

Here you will the history of the iconic Geländewagen and two examples of how you cheap and easy can get started with owning a classic Mercedes-Benz, and maybe even find the best classic Mercedes to buy. 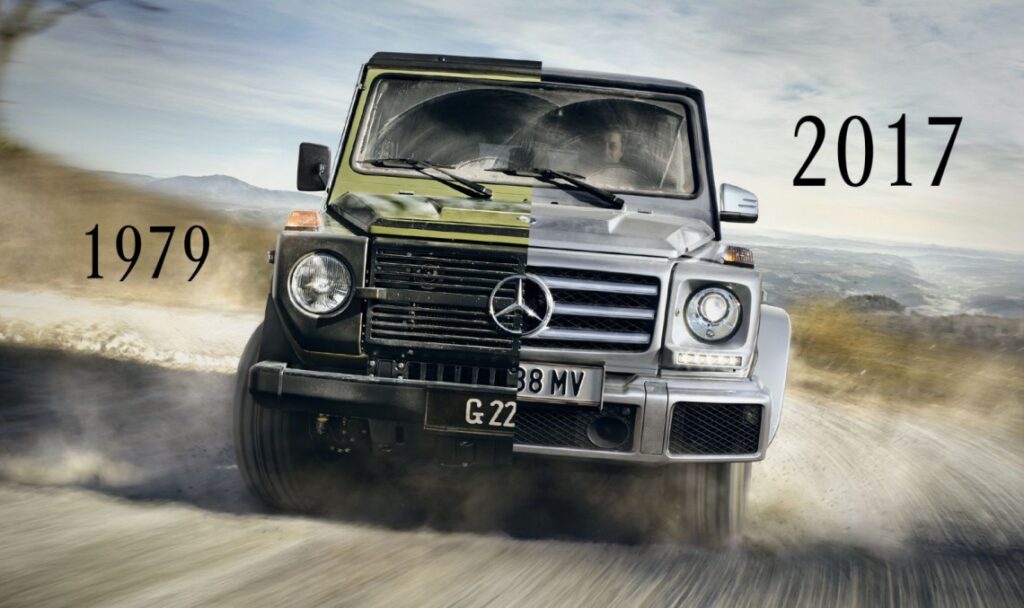 Just a car? The Mercedes G is definitely not just a car. The off-road vehicle is more of a legendary vehicle: robust, expensive and timeless. After all, it took 40 years for the first serious model change.

When Steyr-Daimler-Puch and Daimler-Benz AG made contact in 1969, it was far from clear that it would turn into a long story. For two years, practically nothing important happens, but you won’t rush anything later either: The G is known for a lot, but not for fast changes.

First, Daimler and Puch checked out possibilities, in 1971 compared Haflinger and Pinzgauer on the Gaggenau Sauberg with the Unimog and in 1972 made a fundamental decision: an off-road vehicle should be built. The first prototypes from 1974 already look quite similar to the later production model.

Kreisky layed the foundation stone: The opening of a new factory

The Austrian Chancellor Bruno Kreisky layed the foundation stone for the Graz-Thondorf plant on March 11, 1977. The annual capacity of the new factory was 10,000 vehicles per year. Almost two years after the opening of the factory, the public also got to know the G: Mercedes invited the press to Toulon from February 4th to 8th. In France, journalists are allowed to test the off-road capabilities of the new Mercedes, on an off-road course near the Paul Ricard race track. In the same year, series production begins, with 90% of manual hand-built work until the end of the 463 series.

The 463 series: comfort and performance

In 1989, at the IAA, Mercedes showed the 463 series, a new generation with permanent all-wheel drive and a sedan interior. The new engines are more powerful, the chassis more comfortable. ABS and leather seats are available on request. The 1991 got a turbo diesel engine. In June  the same year the 100,000th G model was built. The first V8 found its way into the official sales program in 1993 with the 500 GE. The special model has the 241 hp five-liter V8 from the S-Class under the hood and costs twice as much as a 300 GE . New six-cylinders were introduced in 1994 and 1996: first the G 320 with its splendid 3.2-liter four-valve engine replaced the G 300, and two years later the turbodiesel came to fruition: the G 300 was powered by a 177 hp in-line six-cylinder.

The supercharged V12 from 2012 is 549 hp more powerful than the original 240 GD.
A V8 was available, this time as a regular feature in the G 500 from 1998. The engine pushes with 296 hp, but only shortly retains the crown of the top model: in 1999 the G 55 AMG appears with an initial 354 hp. The AMG version got stronger and stronger over time, and also became a customer favorite. After a facelift in 2000 (Comand-Navi, white indicator glasses, semicircular speedometer) the G is only available worldwide as a Mercedes; Until then, it wore the Puch logo in the cooler grill in Austria, Switzerland, Liechtenstein and a few Eastern European and African countries. New diesel engines have been working behind the star since 2001: the five-cylinder in the G 270 CDI has 156 hp and the V8 in the G 400 CDI has 250 hp. The output continues to rise: The G 55 gets a compressor in 2004 and initially 476, then three years later 500 hp. A V6 diesel has already moved into the G 320 CDI, which is practically as powerful as the G 400 CDI in the past and replaces it along with the G 270 CDI. The G 500 gets a new V8 with 388 hp. in 2012 the G 65 AMG arrived equipped with a V12 biturbo with 630 hp which in the beginning was the most expensive model in the entire Mercedes series for just over 200.000 EUR. Then came the portal axle models 4 × 42 and 6 × 6 and even the extremely expensive Mercedes-Maybach G 650 Landaulet with a price of 1.500.000 EUR. Still, the exclusive four-wheel driver sells better than ever. 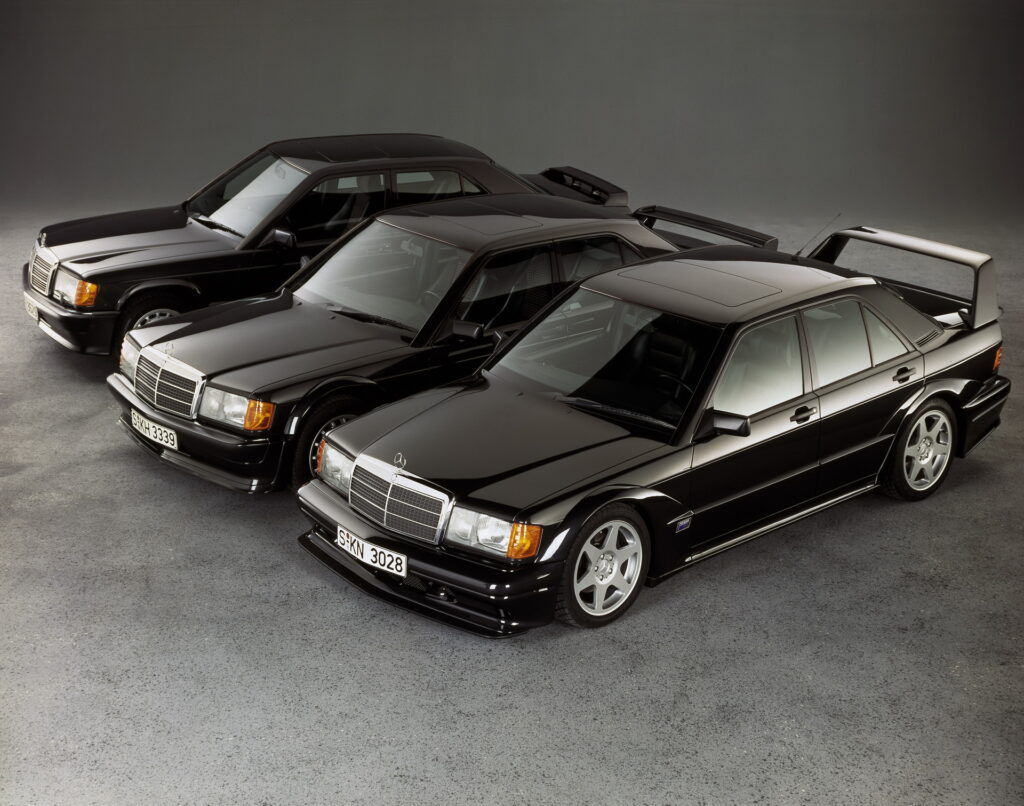 In 1982, the Mercedes 190 was an opportunity for Mercedes-Benz to show the successful competitor from Bavaria their limits. The car was revolutionary because it had a cut-off rear and no chrome trim, which at that time was largely common for the series with the star. The model was by far not as rounded as the previous cars from Stuttgart and therefore broke many design traditions at the same time. The compactness of the car gave it the nickname “Baby Benz”. But despite the initial doubt, the “little one” became a favorite of Mercedes fans. This is not surprising, because the car was extremely sleek and aerodynamically shaped for its time. At the same time, it had excellent road handling and an extremely high level of safety for a medium-sized car.

Unfortunately, of course, this model also has its weaknesses. The jack mounts in particular tend to rust. And those who are interested should consider buying a less powerfully powered versions of the Mercedes 190, as their engines are usually very busy. As with most older models, it’s the same here: The cars are available from 1,500 euros, but then they often have a significant maintenance issue. Therefore, it is better to dig a little deeper into your pocket in order to save yourself the hassle in the future. 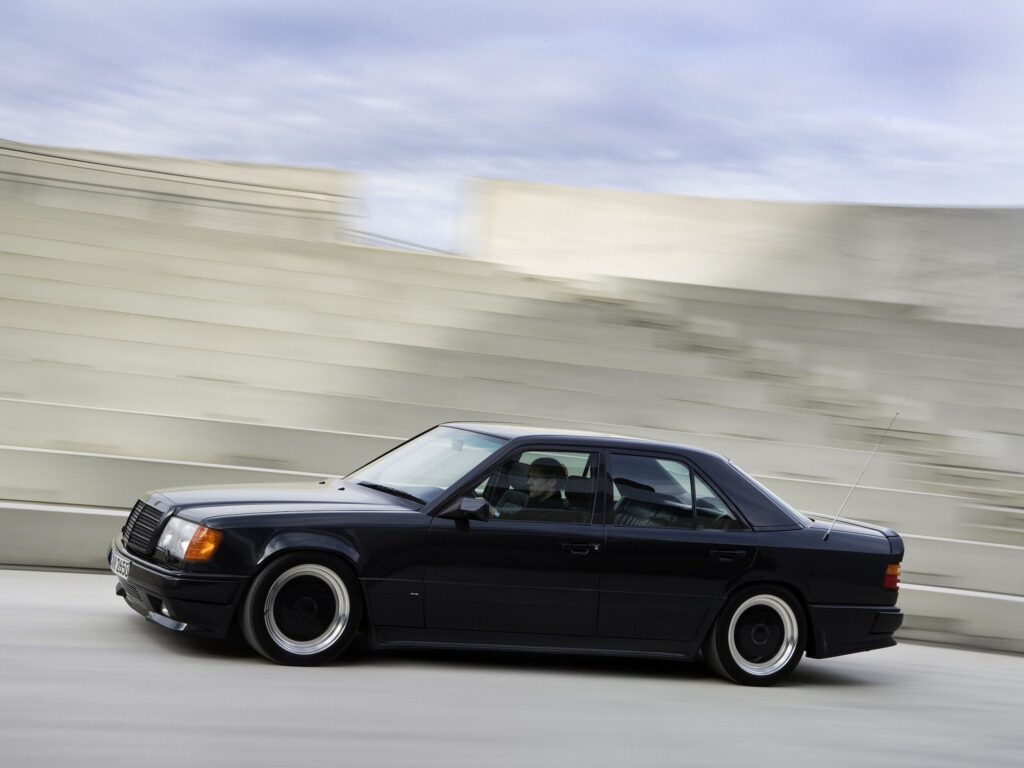 In December 1984, Daimler-Benz introduced the new upper middle-class sedan as the successor to the Type 123. For the Type 124, details from the smaller Type 201 were used, but the model remained unique in technology and design. Parallels to the compact class included the use of various, weight-saving materials. Despite the lightweight construction, safety was improved. Model 201 and the S-Class type 126 served as role models. The cabin in type 124 was characterized by a high side impact and rolling resistance, and was equipped with deformation zones.

Special vehicles with longer wheelbase, up to six doors, as well as ambulance and rust car bodies completed the program. The latter was built by external companies on the basis of a chassis with short (F124) or long (VF124) wheelbase.

Here you can get a number of good tips for choosing the perfect Mercedes-Benz: 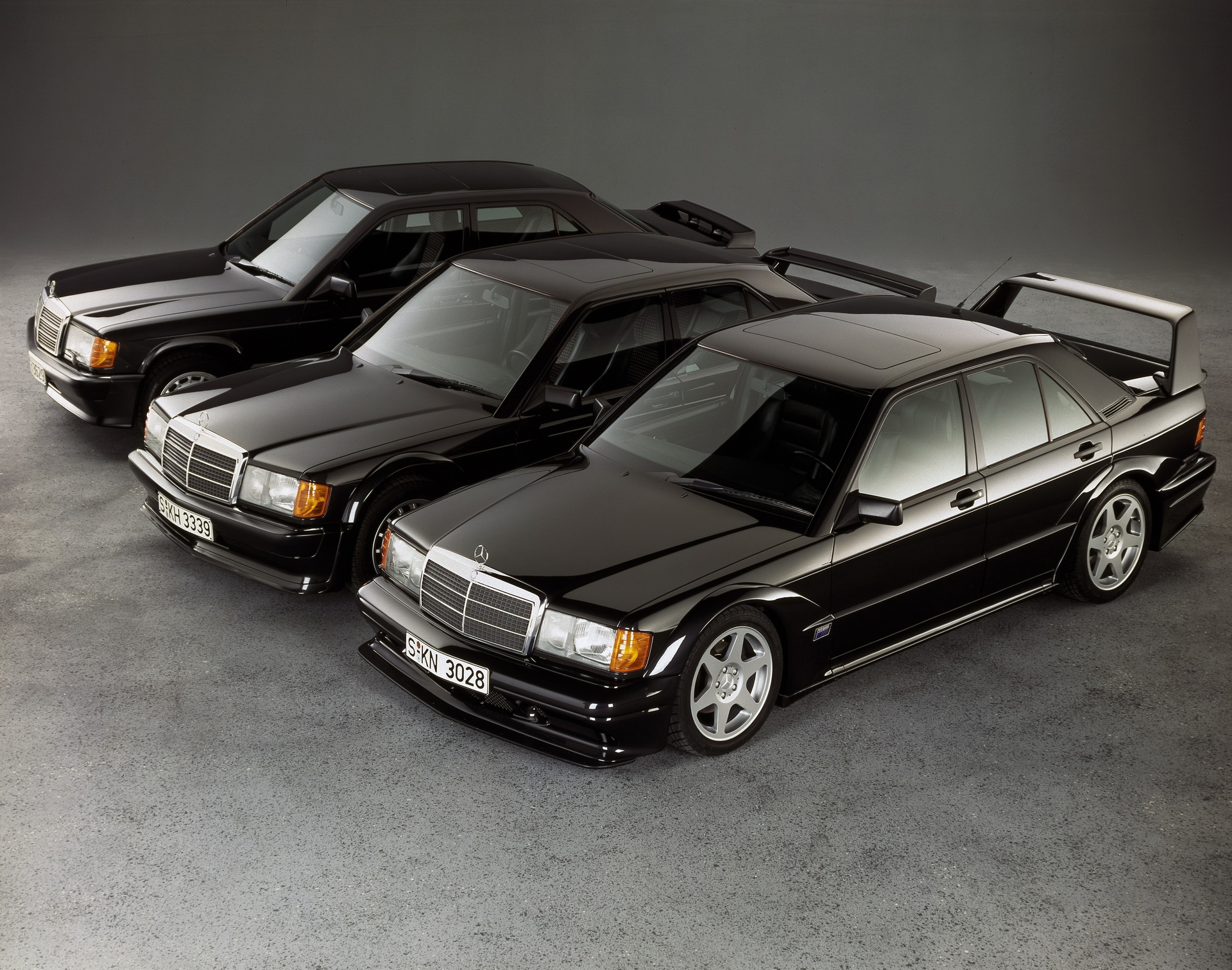 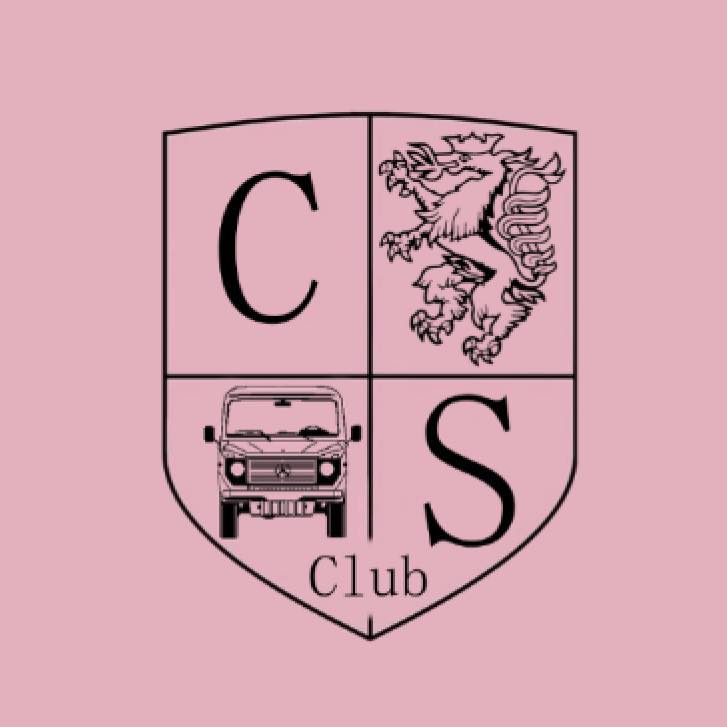